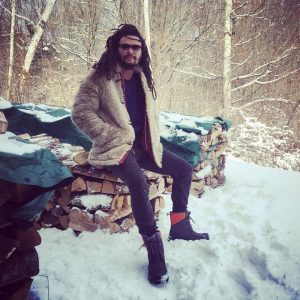 Austin born and Seattle raised, Andrew Moon Bain moved to Providence in 1993 to attend Rhode Island School of Design and has made his life between Providence and Brooklyn. He is a painter, printmaker, musician and prolific record producer. His art work explores life for the diaspora, dreams, human and environmental crisis, current events, identity and spirituality. Bain currently lives and works in Central Massachusetts. 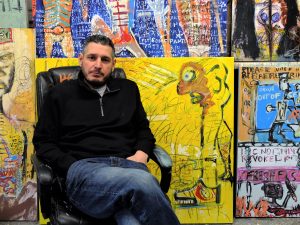 Of Italian and Lebanese descent, Brett Cimino is a Rhode Island artist transformed after 25 years working long hours as a plumber.  His paintings explore the pain, joy and absurdity of modern life through intimate tales and are full of irony, humor and terror.  “I was born an artist, but have lived a tough guy life holding it all in,” explains Cimino, and literally from the dark damp of crawl spaces, Cimino compellingly reconnects to the world and himself through his painting. 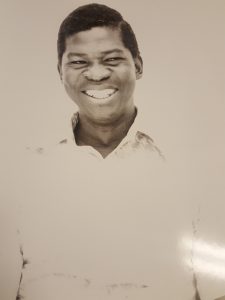 From Gullah to Harlem, Europe and Mexico, Melvin (Mel) Green (1934-2007) painted to find freedom in racially divided times. His work is instructive as his life choices and artwork challenged social norms and continue to speak to the perseverance of the artist soul.

Mel Green’s work comes to Skye Gallery via his youngest brother Al Green. A long time RI resident, Al was very close to his oldest brother, and now has new time to re-dedicate himself to his commitment to honor his oldest brother’s legacy.

“I believe that beyond having faith and talent, the true creative artist must commit himself to the ideas he wishes to express. My art is an expression of my love, true feelings and philosophy of life. The bright colors in my paintings express the way I think and feel about Mexico, where the intensity of the sunlight is so warm, strong, and bright. The lines in my paintings express a continuous movement and changing of shapes, forms, and emotions. I think of them as lifelines that are always transforming into other relevant forms. If you can see and understand the waves in the ocean or a beautiful dance in motion, then you will get the idea of what I’m trying to express in my painting.”      -Mel Green

Ragini Upadhayay Grela b.1959 lives and works in Nepal.  Her work came to Skye Gallery in collaboration with Diana Fox at Bridgewater State University where she was intending to fellowship prior to the Coronavirus as an artist activist.  Grela is an internationally exhibited artist whose work is in private collections in over 30 countries. Grela plays an important role introducing into Nepali art socio-political themes that include scathing critiques of the greed and corruption of the Nepali state, condemnation of the tragic human degradation of the natural world, and the burgeoning women’s rights movement in Nepali society.  Influenced by modernism and surrealism as well as Hindu and Buddhist art, Ragini’s work weaves multiple styles and traditions into her powerful visual imagery. 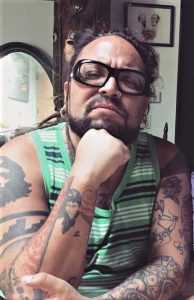 Angel Quinonez was born and raised in Central Falls and the Providence area, graduated from the Arts Magnet program at Hope High School in 1991 and Brown University in 2001. He is a painter, sculptor, and tattoo artist who has been featured on VH1’s Black Ink, is best known for his large scale multi-media public works and has shown in collections throughout the country and South America. He paints in large format honoring artists, thinkers, humanity and nature through graphic portraiture. Quinonez is currently working on new collections of work while also tattooing at Lucky 13 Tattoo in Richmond, VA. 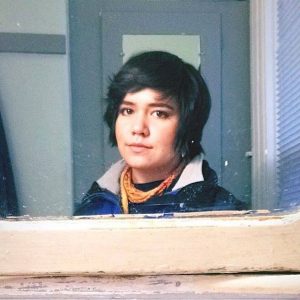 Calling Providence home via California and Texas, Sierra Sanchez is a painter with unique vision who is currently studying at the Rhode Island School of Design.  Working through personal narratives, she creates stills describing moments of decision, dreamscape and intimacies with surreal sensibilities giving room for dreamy rumination on the before and after. 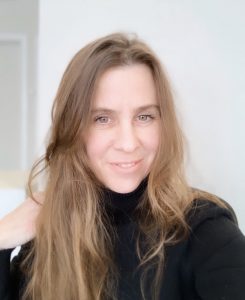 Born in upstate New York, Shari Weschler finds home North Kingston, RI.  Her paintings reveal the hidden emotional dilemmas of being human, through costume, alter-ego and earthly, animal world symbolism.  She is focused on unveiling the multiple levels of human and humanness. Her goal is to create visuals that transcend obvious assumptions. Weschler brings her passionate interest in quantum mechanics, the psyche, theater, animal nature, technology, communication and ancient history into her paintings to deliver rich personified mindscapes.